Close
Talk to us about financing options

Thinking about Financing or Leasing your Rollforming Machine

Here are some companies that can assist!

We're here to answer your questions, provide a quote, or put you in touch with service.

Read our important updates about our current lead times and material surcharge increase as well as the discontinuation of the SSH machine.

Metal rollforming might not be as simple as you may think; machines can come in a variety of sizes, product outputs, uses, speeds, and more. Before you buy, make sure you’re educated on the background and importance of metal rollforming in today’s industry.

Whether you notice it or not, products made using the process of metal rollforming are everywhere. Items could include something as visible as metal roofing or garage doors, or products working behind the scenes, like pipes, window frames, and countless others.

However, how much do you know about the equipment used in metal rollforming and everything it can produce?

With over 25 years fabricating and producing portable metal rollforming equipment, New Tech Machinery knows the importance of education on how metal rollforming began and why it’s still so important to this day, especially if you work in the metal fabrication industry.

In this article, expect to learn:

What Is Metal Rollforming?

So, what exactly is metal rollforming? We’re glad you asked.

According to the Metal Construction Association (MCA), rollforming is defined as:

“A continuous bending operation in which a strip of metal, typically coiled steel or aluminum, is passed through consecutive sets of rolls, or stands, each performing only an incremental part of the bend until the desired cross-section profile is obtained. Portable roll forming is ideal for producing parts with long lengths or in large quantities and are designed so they can be moved easily to various locations or job sites.”

In other words, it’s the process of feeding metal, whether it’s finished, coiled, flat, or otherwise, through a series of rollers where each roller station further manipulates the piece of metal into the desired shape.

Metal rollforming has existed for thousands of years. In fact, according to LTC Roll & Engineering, the concept of rollforming started as early as 600 B.C. This archaic rollforming typically involved hammering ductile metals found in the earth, including copper and gold, with hard objects until they were flattened or formed into a shape.

More advanced forms of rollforming developed over the following centuries. One of the earliest known designs of a more modern rollformer is attributed to Leonardo da Vinci in a 1480 sketch of a “rolling mill” depicting a material passing through cylindrical rollers to be flattened. The first actual industrial rollforming/metal working plant on record launched in the early 1600s in the United Kingdom.

For more history on the origins of metal rollforming, check out Metalworking World Magazine’s article.

After its inception, metal rollforming has experienced considerable growth and expansion over the years, which has led to an increase in the demand and use as well. Plus, with new computers and technological advances developed every single day, it’s expected that metal fabrication and rollforming will continue to grow and adapt to consumers’ needs in the years ahead.

One of the best parts of metal rollforming is its ability for use in many different industries and sectors, such as:

The Importance of Rollforming Equipment

To get a better idea of the importance of rollforming equipment and machinery, think about what the workforce would be doing if metal rollforming machinery didn’t exist.

Instead of machines producing and rolling thousands of pounds of metal per day, humans would have to put forth significant extra labor using press brakes, folders, and other equipment to make metal products. Not only does this increase manual labor, but it would also severely decrease productivity and output of products. It would also limit any long-length or complicated rolling processes, such as curving and larger indentations in the metal, as it would be tough and time-consuming to do these methods by hand.

There are hundreds, if not thousands, of different types of rollforming equipment and machines used for metal fabrication all around the world. Some machines are mass produced for businesses and consumers to purchase, while others are very specialized and niche to a specific product or function. However, there are some commonplace machines making everyday items/products that we might not even notice.

Let’s discuss some typical examples of metal rollforming machines and the types of products each one produces.

Other Rollforming Equipment for Miscellaneous Parts

Different Parts of a Rollforming Machine

Every metal rollforming machine has different pieces and parts depending on the product it is rollforming, plus could need more or fewer parts to account for varying sizes, speeds, and complexities. However, some general elements of a rollformer are universal for most machines, including:

Power source – An essential part of a rollformer is how it’s powered and able to run. Most in-plant rollformers use electricity as the primary power source, but there are smaller portable rollformers that come gas-powered too.

Drive rollers – Drive rollers are used to move the metal through the machine. Some rollformers incorporate the forming and driving rollers into one, while others keep the drive and forming functions separate. Separating the two results in less stress on the metal and reduces the possibility of oil canning. Drive rollers are typically made of metal or polyurethane.

Shear or guillotine – If the metal needs cut in any way, shape, or form in the rollforming machine, it features a shear, sometimes called a guillotine, to cut the metal part or component at a specified length. Shears are very common with metal coil and sheet processing rollformers. Additionally, rollformers with shears are categorized into two different cuts:

Controller – The controller, either manual or computer operated, makes the machine function following the desired measurements and preferences. For example, if a pipe needs cut at a certain length, the exact length can be programmed into a controller to cut the pipe automatically when it reaches the measurement.

As a leading manufacturer and distributor of high-quality portable rollforming machinery for metal roofing and gutters, New Tech Machinery works diligently to educate you and answer your questions about metal rollforming. We even go as far as offering an in-house Service Department available to help you with all things portable rollforming. 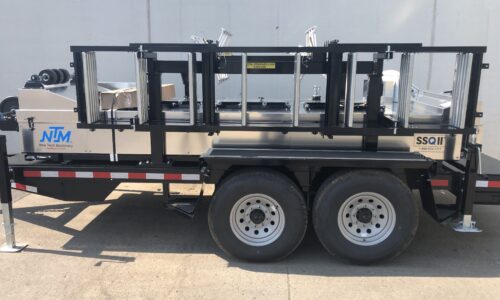 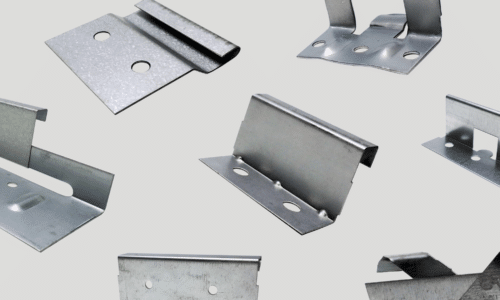 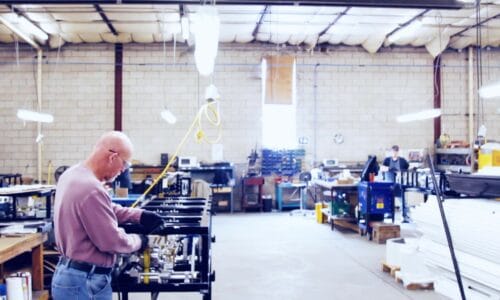 Learn about why lead times are long right now for New Tech Machinery equipment and what we're doing to meet this current...
Subscribe to have new articles and videos sent directly to your inbox!
Click Here
We use cookies on our website to give you the most relevant experience by remembering your preferences and repeat visits. By clicking “Accept”, you consent to the use of ALL the cookies.
Do not sell my personal information.
Cookie SettingsACCEPT
Manage consent

This website uses cookies to improve your experience while you navigate through the website. Out of these, the cookies that are categorized as necessary are stored on your browser as they are essential for the working of basic functionalities of the website. We also use third-party cookies that help us analyze and understand how you use this website. These cookies will be stored in your browser only with your consent. You also have the option to opt-out of these cookies. But opting out of some of these cookies may affect your browsing experience.
Necessary Always Enabled

Performance cookies are used to understand and analyze the key performance indexes of the website which helps in delivering a better user experience for the visitors.

Analytical cookies are used to understand how visitors interact with the website. These cookies help provide information on metrics the number of visitors, bounce rate, traffic source, etc.

Advertisement cookies are used to provide visitors with relevant ads and marketing campaigns. These cookies track visitors across websites and collect information to provide customized ads.

Other uncategorized cookies are those that are being analyzed and have not been classified into a category as yet.

SAVE & ACCEPT
Scroll Up